Black Friday 2022 – A look back and key takeaways 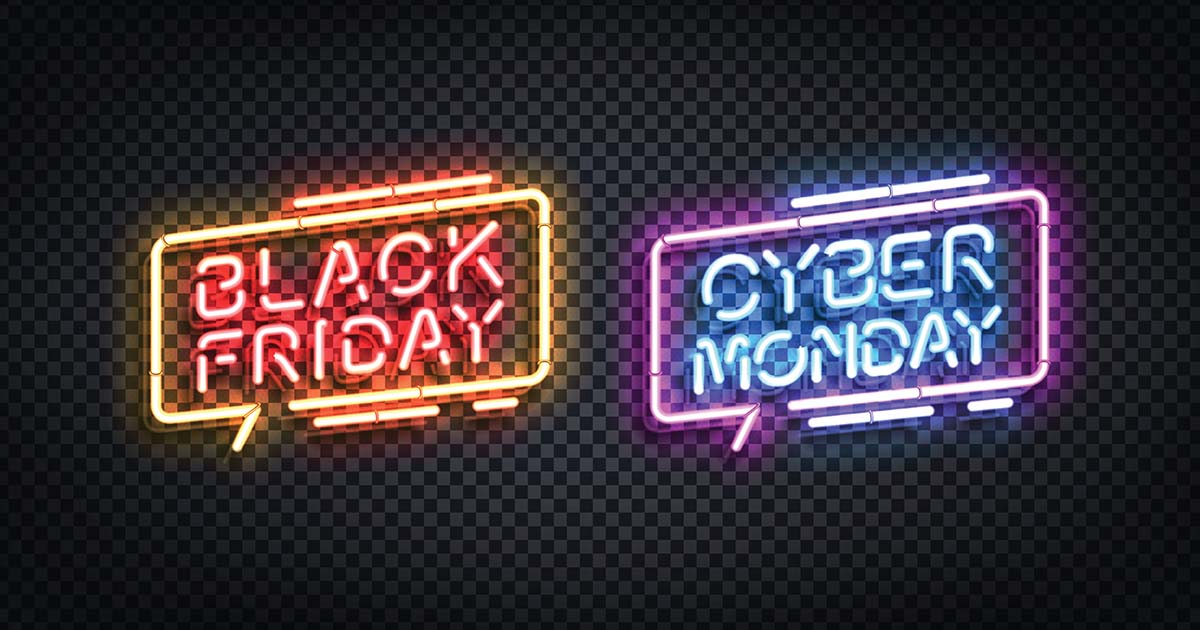 While Europeans struggle to cope with post-Covid times, rising costs of living and the ramifications of a war occurring not that far away, how would this shopping extravaganza fare this year?

The end of the year in Europe means snow, festivities and the holiday season for most. On the other hand, it also marks the beginning of hunting season for bargain buyers looking for the next best deal. Black Friday and Cyber Monday have become a global shopping event practiced across the world, and this year was no different.

Amidst the fuss, frenzy and furor of Black Friday and Cyber Monday of 2022, there lie a plethora of useful trends, insights, data and statistics that online retailers and eCommerce businesses can use to their benefit in the coming year, and even plan for their moment in the sun come November 25, 2023.

The year 2022 was touted as the year where the world would transition from the ‘new norm’ and go back to the world how we have always known it. At the same time, after almost two years of constant battering and bruising caused by the pandemic, there are bound to be winners and losers, even in times of grave adversity. While the retail sector was desperately hanging on the ropes of survival during the pandemic, online businesses reached a peak never envisioned.

What was supposed to be a year of revival was marred by the emergence of war on one side of Europe. The result – rising costs of living, an energy crisis, and a heavy dent to the aspirations of retailers and brands all over the continent. Rising inflation and supply chain crunches caused by the war were like salt on open wounds for many.

However, not all was doom and gloom in the last twelve months. Black Friday and Cyber Monday continued to be the year’s standout shopping events in 2021. Roughly $9 billion was spent over one weekend in both the US and the UK last year, across both online retail channels and otherwise. This can perhaps be attributed to consumers’ thirst to return to stores, an economic upturn or to shop without keeping their distance again. You are the judge.

Despite going through one of the most volatile times, both economically and politically, the holiday season always arrives with a shared sense of optimism and enthusiasm for shoppers. At the same time, it also brings with it a keen sense of anticipation for retailers, hoping for a steep spike in revenues.

Here is a quick review into some of the key trends and predictions leading up to Black Friday weekend for 2022: 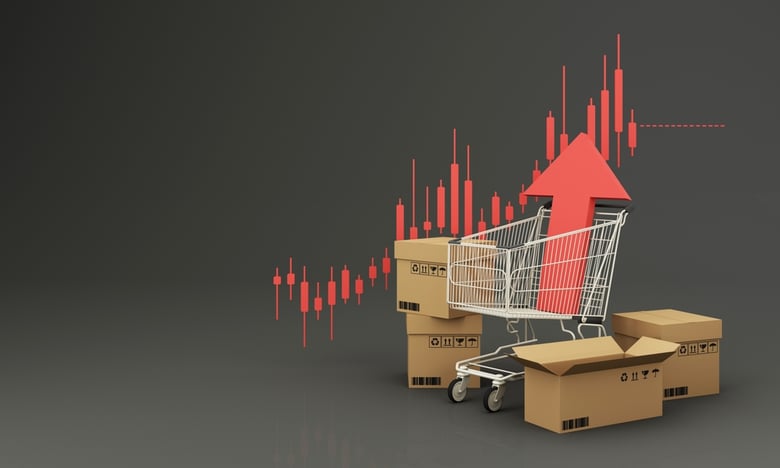 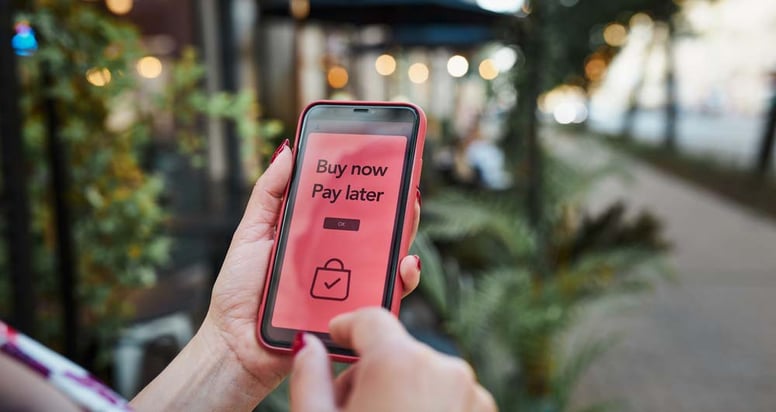 Post-Black Friday 2022: A weekend of records and resurgence

As opposed to Black Friday weekends of previous years, shoppers and analysts alike were interested to see what the weekend had in store for us all. With the weekend now over, let’s take a look back at what proved to be a myth-busting and eye-opening three days for analysts, customers and retailers alike.

What was initially predicted to be a relatively quiet weekend turned out to be a record-breaking one. According to Adobe Analytics, consumers in the US ended up spending a whopping $9.12 billion over a twenty-four-hour period on Black Friday 2022. That is an increase of 2.3% from the high mark of $9.03 billion in 2020.

Consumers in Europe, despite being downbeat by the economic crunch and the distraction of the World Cup in Qatar, splashed the cash as small to medium scale European retailers saw an increase in sales of 14.5% compared to the same period last year.

The return of retail

Retail is back, and back with a bang. Contrary to most predictions, consumer turnout at retail stores increased compared to last year. In the US for instance, 179 million people visited shops for their Black Friday shopping in 2021. This figure was dwarfed by the 197 million people that flocked stores this time around, much to the delight of brick-and-mortar store owners. Figures coming in from Europe painted a similar picture. In Britain, for instance, footfall in retail stores and malls rose by 4.6% compared to Black Friday of 2021.

Despite global eCommerce powerhouses like Amazon and numerous others presenting consumers with convenient and stay-at-home shopping options, the figures shed light on the robustness of retail, and that it is here to stay.

BNPL – The trend of today and tomorrow

As predicted, the Buy-Now-Pay-Later emerged as the standout trend to come out of Black Friday weekend for 2022. According to data from Mollie, one of Europe’s fastest growing service providers, volumes of sales through BNPL rose by 57% relative to last year, accounting for 6% of all sales on Black Friday 2022.

This is a staggering statistic for retailers, perhaps providing a preface of what consumer purchase behaviors might look like in the coming months. With the economic environment being less than favorable, consumers have become cautious, managing their budget more flexibly. Dutch users benefited from iDEAL for more 74% of their purchases, while Belgian users made use of Bancroft for 55% of their spending.

If you are running an online store, now might be the best time to integrate flexible payment systems with your platforms. It might well be the make-or-break factor for November 2023.

With tens of millions of products under countless categories, customers are never short of options to choose from. At the same time, there are certain categories that remain as popular as ever every Black Friday. Clothing and electronics remained, much like last year, the most popular product categories. According to Adobe Analytics, smart home electronics, exercise equipment, audio equipment and toys were firm favorites amongst buyers, each registering a rise of 200% in sales compared to last year.

Online shopping robust as ever

As an online retailer, you should not be too bothered by the resurgence of in-store retail.

Online shopping continued to be the driving force of sales this Black Friday. Shopify retailers shattered all previous sales records, amassing $7.5 billion in sales, 20% more than last year. Over 52 million people shopped from Shopify-powered eCommerce brands, a cool 12% more than last year. Most of these sales were recorded through mobile phone devices – 73%, with the rest being made through desktop devices. IPhones topped the list of smartphone devices, followed by Samsung Galaxy phones, Google Pixels, and iPads.

Plan ahead with these 4 key takeaways

The world of business is one that constantly ebbs and flows, and as a business owner, it is always useful to keep tabs on what to look out for. Black Friday 2022 produced many eyebrow raising stats and trends, but we feel these four will turn out to be the most success defining.

It seems we have truly moved on from the times of the pandemic. Online shopping enjoyed the perks of lockdowns and restrictions for close to two years, but now, in-store shopping is officially back on a much more level playing field. This begs the question: do retailers go all out online or have a more balanced approach.

Stats coming out of Black Friday 2022 strongly suggest the latter. Consumers have spoken and retailers should take their word for it. Thus, an omni-channel retail strategy - carrying brick-and-mortar and online selling side by side is the way to go in the times to come.

Despite showcasing strong numbers, Black Friday 2022 was largely overshadowed by low consumer morale and diminishing budgets. Who knows when the current energy and political crises will end. If things remain the same, retailers will bode well if they slash prices earlier than usual and capitalize on a steady increase in revenue throughout the holiday season.

It was widely predicted that consumers would begin shopping early in 2022, leading to lower sales come Black Friday and Cyber Monday. This did not exactly happen this year but might well the next.

3. Step on the BNPL bandwagon

The BNPL option was perhaps the most interesting development to come out of Black Friday weekend 2022. Having been on the cards for quite some time, the services have truly burst onto the scene now, and retailers must follow suit.

Data coming out of this year strongly suggests that the number of users of BNPL services will only increase next year. With disposable income at a minimum amid rising costs of living, customers will continue to look for convenient ways to finance their purchases and to divide their burden.

There are several BNPL service providers that you can link to your online selling platforms. Apruve, Apple Pay, PayU, ClearPay and Afterpay are just some of the many options European customers use on a regular basis.

4. Venture out - sell across borders

According to statistics posted by Shopify, the top selling countries where shoppers made the most purchases from, were the UK, US, and Canada. What does this mean for online retailers of Europe?

While online business owners might be doing well in their local markets, it is across borders that the real treasure lies. Online retailers should act early and venture out to uncharted territory to make real gains. At the same time, venturing offshore presents its own set of unique challenges, especially in terms of timely and cost-effective order fulfillment.

A sudden surge of orders brings with it a great sense of joy and fulfillment for an online seller, but at the same time, a mountain of stress and havoc. This is especially the case when selling across borders. You’ve gotten your orders – how do you deliver them?

The best strategy would be to outsource your cross-border order fulfillment to OGOship, professional 3PL fulfillment providers with a logistic network capable of fulfilling orders during peak season to your customers across the globe. Take a backseat, focus on sales, and let us handle the hassle of deliveries.

Talk to us today to see how we help you not only plan your end-of-year sale season, but to also enable you to become a more efficient seller all year round.

Talk with our
e-commerce experts

Ready to learn more? Our experts will answer any questions you may have on how to get started, what the key features are, which warehouse locations bring your e-commerce business the maximum benefit.

Are you an e-commerce business owner? Then, we’re sure you’re looking forward to this day: Friday, November 26th. It’s Black Friday, baby!

Here’s 5 tips to get you through the holidays

So, how did it go? Have you earned a pat on the back, or are there still some piles of undelivered orders waiting...

4 practical ways to take a break from your business successfully

Small business owners often feel like they have to say goodbye to holiday leave, sick days, and all of the perks that come with a full-time employment contract.

The latest articles and industry insights delivered to your inbox